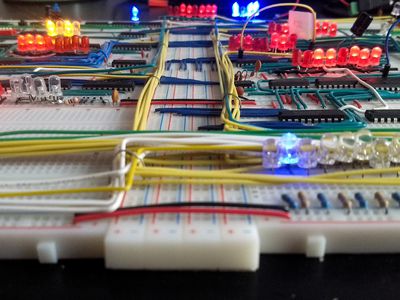 A long time ago I read CODE: The Hidden Language of Computer Hardware and Software and was really impressed. It's a great trip through all the layers of abstractions in a computer. Petzold starts with very simple building blocks and brings you step by step closer to understanding how computers work.

I obviously decided to build one.

I basically only followed Ben's amazing videos and schematics.

The basic structure of the computer is the following:

Needless to say, it's a very simple computer. In fact, it's apparently based on the SAP-1 computer described by Albert Paul Malvino in his book Digital Computer Electronics. In Ben Eater's implementation (and in mine), the instruction set is minimal. The are only instructions to manipulate data in one of the registers, and there are only two conditional jumps: jump if carry and jump if zero.

The design uses a couple of EEPROMs to replace the combinational logic necessary to decode the instructions into the necessary signals to operate them. The opcode and the instruction cycle counter are used to address the EEPROM, and the outputs (basically the data at that specific address) are the control signal. This means we can update the microcode for the computer by changing the contents of those EEPROMs.

With only 4 bits of memory address space, you have to fit the program and data in 16 bytes. A simple program to calculate the Fibonacci sequence uses up almost the entire memory:

One small place where my circuit diverges from Ben Eater's is in the reset circuit. I didn't have any more NAND gates at hand when I wanted to build it, but I had NOR gates. So adapted his reset logic to use only NOR gates.

Another issue I found is that sometimes RAM got overwritten when switching between programming and run mode. The solution is to pull up the write enable pin on the RAM IC so it doesn't float when the "write" button is not pressed.

There is a subreddit dedicated to Ben Eater's channel, where people post a lot of different programs and modifications to the hardware. There's people who built programmers, expanded the memory of the computer, and other modifications. It's a great source of information on the project and a good place to look when you find problems. 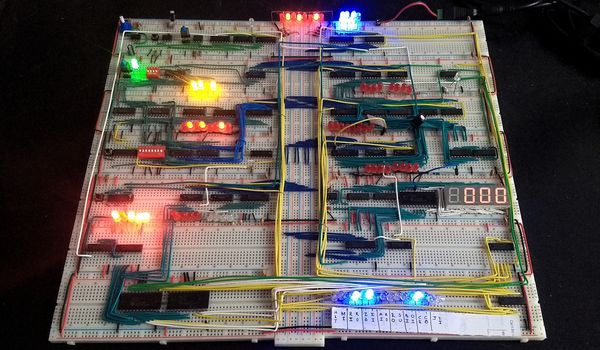 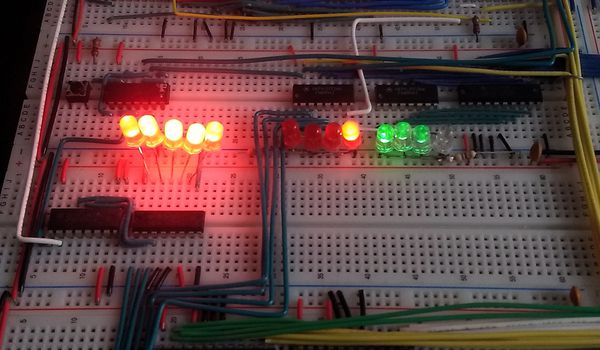 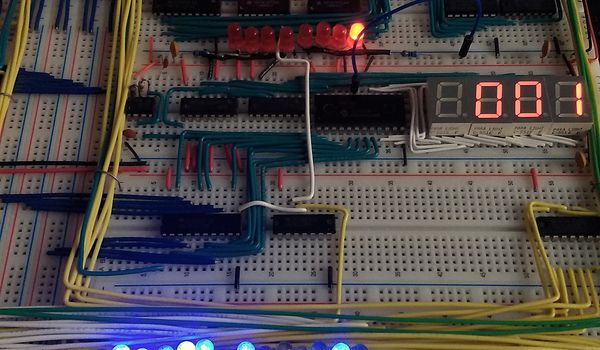 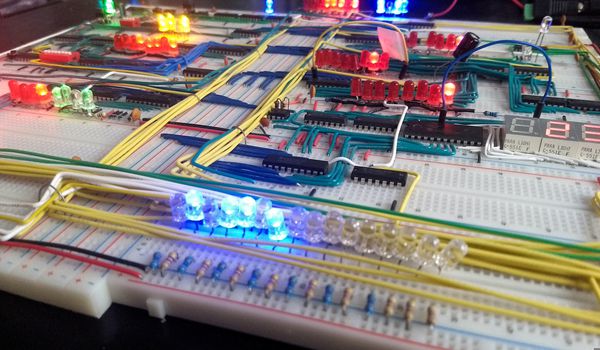 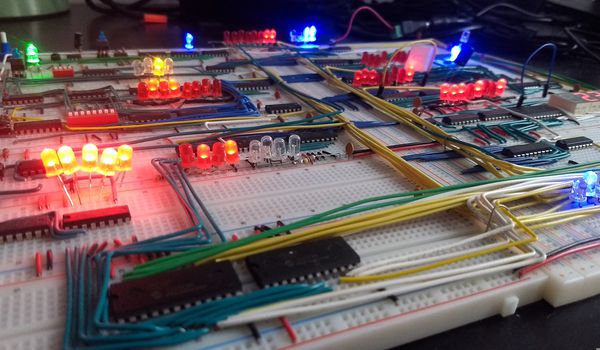 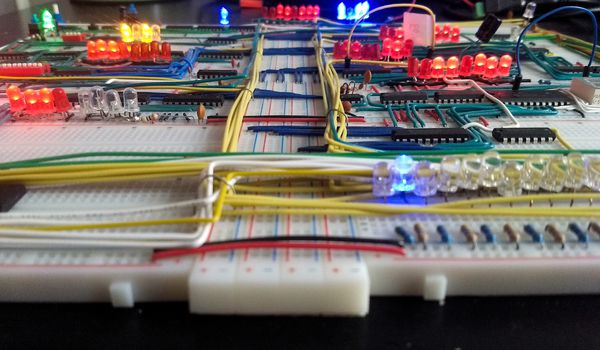 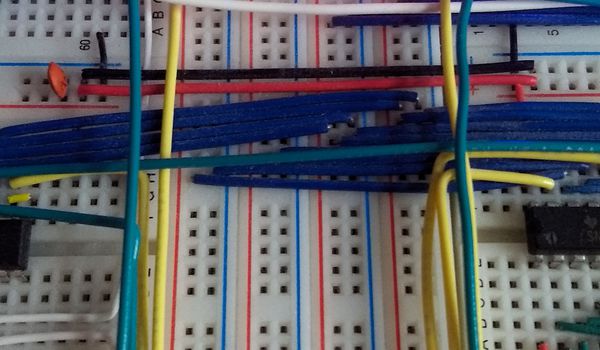 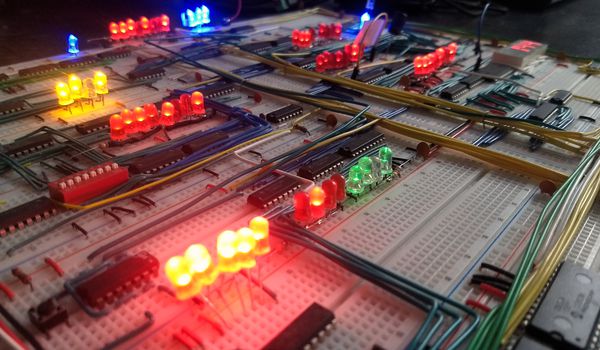 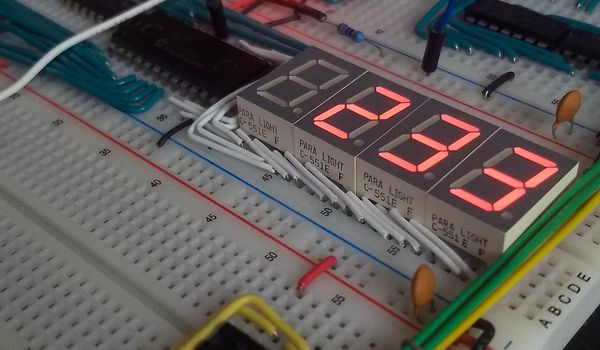